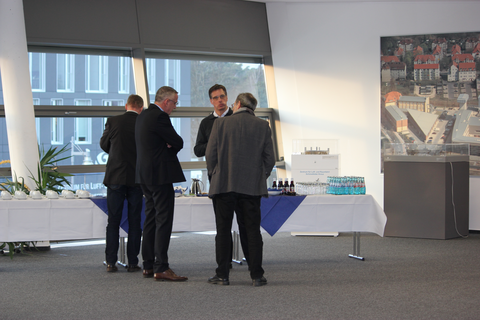 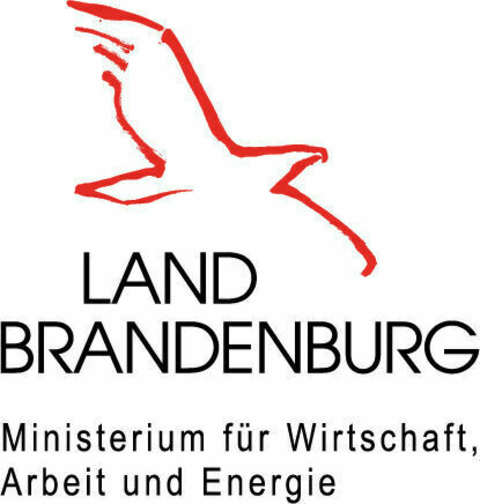 The CURPAS network - to which members of the CURPAS e.V. belong - is financially supported in the network work by the state of Brandenburg. The aim of the network is the cooperation of different actors (science, economy and administration) in the field of autonomous systems on land, in the air and on the water to initiate projects.

Autonomously operating vehicle systems occupy a large space in the current scientific, technical and social discussion. Ideas have grown up in the market to support digitization in the operational physical area through the broad use of autonomous systems - also in combinations - which will lead to a disruptive change in production, logistics and other areas of business and life.

These observations were also lastingly confirmed by a number of expert discussions that were held as part of the establishment of cooperation with Deutsche Messe AG; the above-mentioned conference "5G CMM" also makes combinations of unmanned systems a topic.
Autonomously operating road vehicles are already being tested in individual transport or as shuttle buses on various test fields in Europe and Germany. Application scenarios based on small autonomous systems, such as the delivery of parcels by road (Hermes), by air (DHL) or in combination (Mercedes-Benz), successfully tested in pilot projects and already implemented in regular operation by UPS / Zipline in Rwanda will outline the potential of small autonomous vehicles on land and in the air for logistics.
German start-up companies such as Volocopter and Lilium are promoting autonomous air taxis; Airbus Industries is active in the development of such systems for passenger and freight transport.
In shipping, too, intensive work is being carried out on autonomous systems: the first container freighters have been technically upgraded to such an extent that they can operate on the open sea without intervention by the crew, even under adverse environmental conditions. The autonomous operation is particularly interesting for inland waterways: not only could the transport of people or goods become more economical, but application scenarios are particularly interesting here, which today are uneconomical due to the lack of expansion of the infrastructures, such as the use of autonomous inland waterways in city logistics ( e.g. in Berlin) or on waters that are no longer navigable for conventional vehicle sizes.
The high expectations of the use of large fleets of autonomous transport systems in the near future are reflected, in particular with regard to road and air traffic, in the current intensive activities to create adequate legal bases for integrating these systems into the traffic areas used by conventional manned vehicles. However, the regulatory work and its results are already one step ahead of the current technical and technological possibilities: there is still considerable R&D work to be done in detail in order to make a future with autonomous systems on an economically relevant scale a reality:
Even if motor vehicles can already safely participate in road traffic, at least in the context of pilot tests, questions arise with regard to future traffic infrastructures for their regular operation or the integration of autonomous transport vehicles into existing logistics structures.
The same also applies to autonomously operating inland waterways. The currently available infrastructure is in no way prepared for such systems. In addition, the technologies for the safe control of a barge along the waterways are far from being at the level that road or aircraft vehicles, for example, already have today.