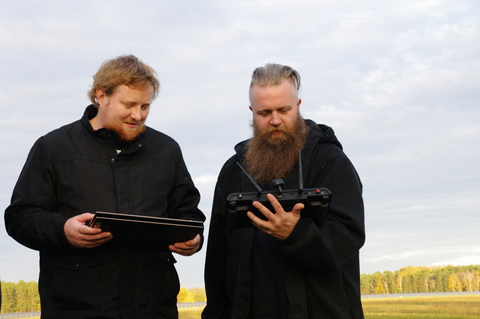 Since 2019 I have been attentive of a job opening at the University of Cottbus which involved a research project and was aimed at somebody who was capable of working with autonomous systems, artificial intelligence, robotics and programming. When driving to the first meeting at the university I have never before flown a drone and only labeled it as an expensive toy.

However, this attitude changed after the first meeting and today, two years later, I recognize a huge potential in drones. I imagine the future with a sky filled with drones and yet I wonder why it´s not alredy the case.

Since 2019: Employee at the Brandenburg University of Technology Cottbus - Senftenberg and responsible for the InLaSeD Project.

2018-2019: Freelance programmer working primarily on database solutions in the course of the DSGVO conversion.

2016-2018: Administrator at a amusement park and responsible for the technical documentation.

2010-2016: Account Manager in a PR-Agency and responsible for press and public relations of multiple KMU´s in the IT-Section of Studies in philosophy of science, linguistics, social sciences and computer science.